If you’ve visited New York City, it’s likely that one of the pictures in your photo collection shows an iconic wooden water tower. You found them so very New York, old school and industrial. You’re proud of the close-up shot you took with your SLR, that made you feel like one of N.Y.’s top urban lifestyle magazine photographers. Check you out. But did you know your captured icon is not just for show?

New York’s water towers are the architectural answer to the Baader-Meinhof Phenomenon. BMP is when you hear something for the first time and then you keep hearing it all the time. The water towers are discretely hiding with their camouflage colours and initially you don’t notice them in the tenement, brownstone and skyscraper mayhem of the city. But once you do, your eyes will keep catching these iconic New Yorkers. Yes, we can consider them to be proper inhabitants, because they live an extremely active life in the famous metropolis and have been for over a century. How did it all start?

We want you for N.Y. buildings
In the late 1800s the water towers arrived in New York City with many Irish, German, Polish and Russian immigrants. All in search of a better life and hungry for the opportunities the land of the free would hold. Since New York was rapidly expanding at that time, and its buildings were getting higher, a new way of water supply was needed. The infrastructure’s water pressure could only handle buildings of six storeys or less. Structures taller than this needed a water tower and pump system of their own. Enter our icons. 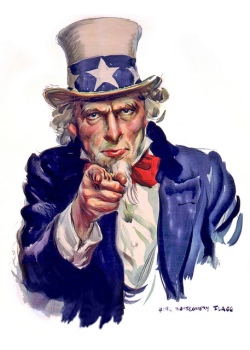 To work the water pressure, they simply used something that was already there, and always will be: gravity. Buildings get their water through pipes in the basement. Electric pumps push the water from the basement to the roof. Then gravity does its magic and directs water to pipes throughout the building, no matter how tall. Though the technology has become more efficient, the concept of gravity delivering water from a wooden tank hasn’t changed in decades and is still used in the same way today.
What if somebody has a shower and the supply drops? Again, simple: as the level in the water tower goes down, just like in a toilet, a ballcock lets more in. The average tank contains nearly 38,000 litres of water (New Yorkers will tell you it’s 10,000 ‘gallons’). Not only the city’s tenants are served by the water towers. New York’s Bravest, the firemen, collect their water supply from the tanks to fight the city’s fires.
But their ability to secure the skyscrapers’ water supply is not the only reason the towers are a well-fit solution to N.Y.’s water needs. It’s also because they are made out of wood. Which is probably why you mistook them for relics of the past when you shot them with your precious SLR: they look old. Their wooden design is not chosen to give tourists a feel of time travel though. Wooden tanks are less expensive, provide more insulation, require less maintenance and don’t take as long to construct as their steel equivalents. An average wood tank (holding 38,000 litres of water) costs around $30,000. A steel tank of similar size could cost up to $120,000. Therefore, the Big Apple continues to choose the wood option.

Keeping it in the family
What’s happening with the towers in current day New York? Whilst the numerous immigrants entered this great city through Ellis Island from countries all over Europe, the origin of the water towers lies within three families: the Rosenwach Group, Isseks Brothers and the American Pipe and Tank Company. They are all family run businesses that have been in operation for over a century. The three companies install, maintain and replace around 15,000 to 20,000 wooden water towers in New York’s five boroughs (Manhattan, The Bronx, Queens, Brooklyn and Staten Island).

Andrew Rosenwach, the Rosenwach Group’s fourth-generation owner, estimates his company has about 10,000 tanks around the city: “We must clean these once a year, because natural sediment from the water collects in the bottom of the tanks. And if a tank is too leaky, a new one must be built”, Rosenwach explains. “We build around 300 new tanks a year. With a crew of about six men, an old tank can be torn down and a new one constructed in 24 hours, then it takes two to three hours for pumps to fill them up.” When the towers are set up, they will leak initially: the beloved wood needs to expand and become watertight.
Although wood is obviously the way to go for New York’s tanks, eventually it will rot. Beneficial for the companies involved, because it has kept them working on the same buildings for generations. “A tank can last 30 to 35 years depending on exposure to the elements. Rooftop tanks on the west side of Manhattan typically don’t last as long because they take more of a beating”, says Kenny Lewis, foreman of the Rosenwach Tank Co.’s wood shop in Williamsburg, Brooklyn.

You’re just too good to be true
It all sounds perfect, doesn’t it? Nature provided wood and gravity and therefore a solid solution in accommodating endless water supply for millions of New Yorkers. Turns out, our beloved urban icons aren’t flawless.
The New York Times did some research that had rather frightening outcomes. Just watch the video report on their water tower study and the close-up shot in your photo collection will probably give you a bit of a disgusted feeling instead of warm holiday memories.
The newspaper took water samplings from twelve buildings in Manhattan, Queens and Brooklyn. They found E. coli – a microbe carried in faeces of mammals and birds – in five of them and coliform in eight. Water needs to be boiled to exterminate E.coli. Coliform by itself is not harmful, but does indicate that conditions are ripe for the growth of potentially dangerous microorganisms.
The New York City Department of Health and Mental Hygiene said the methodology used and the conclusions drawn by The N.Y. Times were flawed stating ‘The Times had used non-sterilized equipment and had not followed suggested testing protocols’. The newspaper responded saying that ‘with the exception of three of the positive samples, in which The Times took the sample during the cleaning, The Times followed the protocols exactly as recommended’.
But even if we dismiss the study of the newspaper entirely, hearing Steven Silver of American Pipe and Tank company say they find ‘dust, dirt, pigeons, garbage, and even a homeless person living in the attic space between a tank cover and the roof’ is likely to take away some of that urban icon love that filled your heart.

‘Dust, dirt, pigeons, garbage and even a homeless person are found in the tanks’

Finest tap water of any city?
Ironically city officials are constantly bragging about New York’s tap water: supposedly it’s the finest tap water of any city on earth. The water system originates at 19 protected lakes and reservoirs upstate New York. And they are right. The water is highly protected with regulations and therefore extremely clean. That is until it enters the basements of the buildings it’s transported to though. Annually cleaning, inspecting and testing for bacteria is trusted into the hands of building owners and landlords. And they seem to treat regulations like most people handle pigeons: ignore them, because they are downright annoying.
In 2009 the City Council passed a bill mandating that building owners make inspection records available to tenants, and to post proof of the inspections in prominent places. On top of that, tank water needs to be tested for contamination once a year. But when the health department checked inspection records of 100 randomly chosen buildings each year from 2010 through 2012 to see how well the new law was being followed, only 42 percent of the buildings surveyed could provide proof of a bacteriological test. It was encouraging that these buildings showed to be free of contamination, but the samplings were typically done after the tanks were cleaned, which – bizarrely – is allowed.
Whether these measures are satisfactory, is for tenants to judge I’d say. Personally, I am slightly relieved my box-sized apartment is housed in a four storey brownstone, but if I’d be renting a place in one of NYC’s amazing concrete giants I’d live by these rules: request inspection records from your landlord and check if cleaning and maintenance is executed annually. Until you have this knowledge, maybe at the very least buy bottled water.

We still love you
Great loves endure the bumps in the road, and in the water tower’s defence, it’s not even their fault that they are a bit grubby sometimes. I’m not the only one who accepted their imperfections. Some take it to the next level though and publicly confess their love with grand gestures.

In 2012, artist Tom Fruin constructed his colourful sculptural tribute in DUMBO, Brooklyn. It’s his fourth work in the ‘Plexiglas and steel patchwork icon series’ in which he uses scavenged, reclaimed and recycled materials as homage to architectural icons around the world. This one is suitably christened as Water tower.
Photographer Ronnie Farley has been obsessed with the wooden structures for over 30 years: “They contain the source of all life: water. Each tank is designed and made for the building […] and has a personality. The more I photograph them, the more their personalities come out. Some have faces, some are clustered together like families, and they grow on you. I feel that these water towers are witnesses. They witness the human history. They watch us. They look after us.” Farley decided to construct an empty water tank inside a gallery where her photos were displayed, so visitors could step inside it. That tank is now sitting in her studio, wrapped around her bed…
Now, I’m not a sculptor and I love my bed in all its normalness, but I would say – in a healthy, non-obsessive fashion – that to me, the beauty of the towers lies within the fact that they are still used every day by millions of New Yorkers and are part of New York’s rich immigration history. They are pieces of art in a free public museum and always there for those who rely on them. Good company to have in this wonderful and crazy city. You are awesome, Water Towers.

Read more about these functional relics of the past: